Connemara Maths Academy is proud to have the following outstanding members on the team:

The Connemara Maths Academy’s commitment to excellence is reflected in the multi talented teachers we are fortunate enough to have. 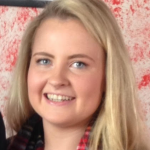 Connemara native from the Carraroe Gaeltacht, Caoimhe is completed a B.Sc. In Physical Education in conjunction with Mathematics Education at the University of Limerick. Caoimhe has been with CMA since 2015. Caoimhe is a keen athlete and swimmer with FAI Soccer and Life-Saving Certificates, plays Gaelic football and has years experience in the Summer Camp industry. We are delighted to have Caoimhe on the team with her unique skill set as an athlete, sportswoman, manager and educator.

International hockey player and currently coaching with Pembroke Wanderers’ Hockey Club, Rachel has represented Ireland at both U16 and U18 age groups in hockey including playing in an U18 European Championships. Rachel was also on the Irish U21 panel, while captain of both Rainey Endowed School 1XI and Rainey RFHC 1XI Hockey teams for the season 2016-2017.

Rachel is a fabulous all rounder and an all star ‘A’ student with brilliant GCSE (10A*s and 1A) and A levels results (4A*s at A level in Mathematics, English Literature, Chemistry and Biology, A in AS level) with a first class honour at Trinity College Dublin Y1. Rachel’s Challenges are already becoming legendary!

A brilliant first class graduate of University of Limerick, James has been with CMA for three years. A talented hurler, all round sportsman and keen debater, James was appointed Head of Maths in 2017. 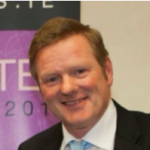 CMA Founder & Director Aengus O’Connor B.Sc., D.L.S., M.Phil., P.D.E. has over 20 years’ experience in education, at both Post Primary and Third Level, nationally and internationally, including as Education Consultant (Technical Bridging) with Saudi Electric; Maths Specialist with the Abu Dhabi Education Council; School Director with the International School of Choueifat Damascus, Syria; Course Director, Senior Lecturer and Head of Audio at the Technology Innovation Centre, Birmingham City University, UK; Project Leader and Head Teacher with the Italian Ministry of Education; Head of Music at IST, Turin, Italy among other roles internationally while also having extensive experience teaching mathematics at Post Primary and Third Level in Ireland.

Aengus has worked in many different educational systems including Junior and Leaving Certificates, IGCSE, A Levels, International Baccalaureate Diploma, SAT, AP, Sabis System, Syrian National Baccalaureate and Brevet examinations, and draws on this experience when designing and delivering courses and programmes of learning. Aengus has also worked professionally for many years as a media and sound technologist, electric acoustic composer, producer and musician and brings these experiences to our courses and programmes of learning. This unique approach fosters a stimulating and uniquely dynamic learning environment where students can connect with the key mathematical concepts in many diverse and interesting ways, paving the way for real and meaningful mathematical understanding, where students may gain fluency, confidence and success.

Diarmuid has a background in IT consultancy and software development. Before taking up a full time role as Managing Director at the Academy of Code he worked as a team lead for the Irish software consultancy Version 1 in their engagement with the Department of Agriculture, Food and the Marine.

He is a graduate of Trinity College Dublin with a degree in Computer and Electronic Engineering. He also has also taught courses in Information Systems and Information Technology in Dublin Institute of Technology.